As soon as I published this post, the President signed a bill recognizing Juneteenth as a federal holiday.

But what I found even more inspiring is Color Of Change’s call to action to keep our eyes on the prize in honor of Juneteenth.

A call to action for when we’re with our family and friends this year celebrating Juneteenth. Initiating discussions and movement around justice reform, voting rights and equal rights for Black people.

What is Juneteenth food?

Juneteenth comes with so much anticipation this year after Netflix’s top-rated docu-series, High On The Hog, introduced us to Juneteenth food, facts and history from the gatekeepers themselves protecting the legacies of African-American communities.

The series engages Black folks around an open fire pit, slowly watching and nurturing the homegrown vegetables and meat used in the stew.

With their hand on the sacred urn of tradition, these are the ones vowing to protect and preserve Black culture and generations of blessed soul food recipes.

Watch High On The Hog on Netflix –> HERE!

Books featured in High On The Hog

What is Juneteenth and why is it celebrated?

Juneteenth is the African-American celebration of the emancipation of slaves.

Why is it called Juneteenth?

As we know, justice is often delayed for the Black community.

It’s wasn’t until years after freedom was granted that freed slaves learned of their emancipation. This day is June 19th, 1865. Also known as Juneteenth.

The Netflix series High On The Hog does a marvelous job of unraveling the complicated story of Juneteenth and freedom delayed.

When did slavery in Texas end and what was the last state to free slaves?

From the docu-series, I learned that Texas, the Lone Star state was one of the last states to abolish slavery.

Even worse, those enslaved did not learn of their freedom until- 2 ½ years after the Emancipation Proclamation was announced in 1863!

I remember visiting Galveston and marveling at the financial institutions and establishments with the name Moody, like the area’s chain of banks – Moody National Bank. (Moody is my maiden name.)

I thought to myself that maybe I come from a wealthy lineage of Moodys in Texas.

But that kind of thinking was blissful and all wrong.

Without any genealogy records to tell me, my ancestors were likely Texas slaves, owned by families with the Moody surname.

As free people, my ancestors must’ve migrated southeast to North Carolina. In this state, my grandparents were born and raised.

Maybe I am a Moody descendant of Texas, but not in the fairytale story kind of way.

I’m likely a daughter of those enslaved who built Galveston for free.

“The limitations that are put on us by people’s framing of what Black hands can do is exhausting. But it doesn’t stop the work, and it doesn’t hinder my freedom because I have the ownership of knowledge.” —Chef Chris Williams, owner of Lucille’s

High On The Hog uncovers the history of Juneteenth and how it’s celebrated through its culinary expressions. The soul food appeal and why each cultural dish is so special.

Jerelle explains the significance behind each dessert in her Juneteenth-inspired spread. From the colors to the history of each African-American-derived dish. And why each flavoring is an intricate part of the Juneteenth celebration.

I was touched by how Jerrelle emotionally explained that she bakes for self-expression.

Baking is how she breaks away from rules and creates her own empowerment. Her own freedom. A feeling she wants every Black woman to know.

“When you understand your history and understand where you come from, that understanding gives you purpose. And the purpose to carry on their story I think is such a huge honor.” —Jerrelle Guy

What food is served on Juneteenth and why is it important?

Juneteenth food and decorations in Galveston incorporate lots of red and bright colors because red is the color of Juneteenth.

The food is a collection and celebration of African-American soul food classic dishes.

Jerrelle infuses hibiscus for the bright color of the cake, along with the red raspberries on top.

It’s a cake of various textures and temperatures. A mix of cashews and hibiscus and a hardened chocolate ganache drizzled over a chilled cheesecake.

Jerrelle tells the story of how Black cooks in the South used to bake with almond flour because they didn’t have access to traditional flour. The result was a much more desired, moister, richer, and softer baked good!

Soul food as a whole comes from what was once someone else’s food scraps for trash that Black people cooked up with their heart and soul, making it treasure.

This story is another classic example of African-Americans being resourceful out of necessity. Moreover, this ingenuity continuously evolves into cultural phenoms, like the culinary delicacy we know today as soul food!

Soul Food Almond Flour Pie Crust
What’s the story of soul food and almond flour pie crust?Almond flour has a Black folks' history and soul food legacy.Black cooks in the South used to bake with almond flour because they didn't have access to traditional flour. The result was a moister, richer, and softer baked good!
Check out this recipe!

Almond flour today is more expensive than all-purpose flour and most other wheat flour! It’s important to note that this often occurs without credit to the original Black creators.

Case in point with Jerrelle’s Juneteenth-significant ingredient almond flour. Today almond flour is priced 3-4 times higher than all-purpose flour and is sold in size two-thirds smaller than the all-purpose version!

But as author Toni Tipton-Martin points out in her cookbook, Jubilee, African-American food isn’t just now being elevated.

Our cooking has always been expansive since its inception centuries ago!

When we look back, our work has always been valued in the broader community. Tipton-Martin so eloquently points out that “our faces were put on packages as a symbol of quality.”

“When it comes to culture in America, there’s very little we didn’t influence.” —Stephen Satterfield, High On The Hog docu-series host

What’s the significance of the color red in Juneteenth traditions?

“Red stands for the blood that was shed on the pathway to freedom,” Juneteenth TriState Expo spokesperson Leah McKay said. “Traditionally for Juneteenth most celebrations celebrate with red food.”

So what does red velvet cake have to do with Juneteenth?

The color red recognize the bloodshed and honors the lives of our Black ancestors pre-emancipation. Those who never got the chance to taste the freedoms we savor today.

Jerrelle’s show-stopping cake was referred to around the table as the Juneteenth flag because of its beautiful red layers!

Jerrrelle used beets to achieve the red coloring and then spread each layer with maple cream cheese frosting.

There were many compliments to the chef for her complex mash-up of savory and sweet combining earthy beets with maple flavor! 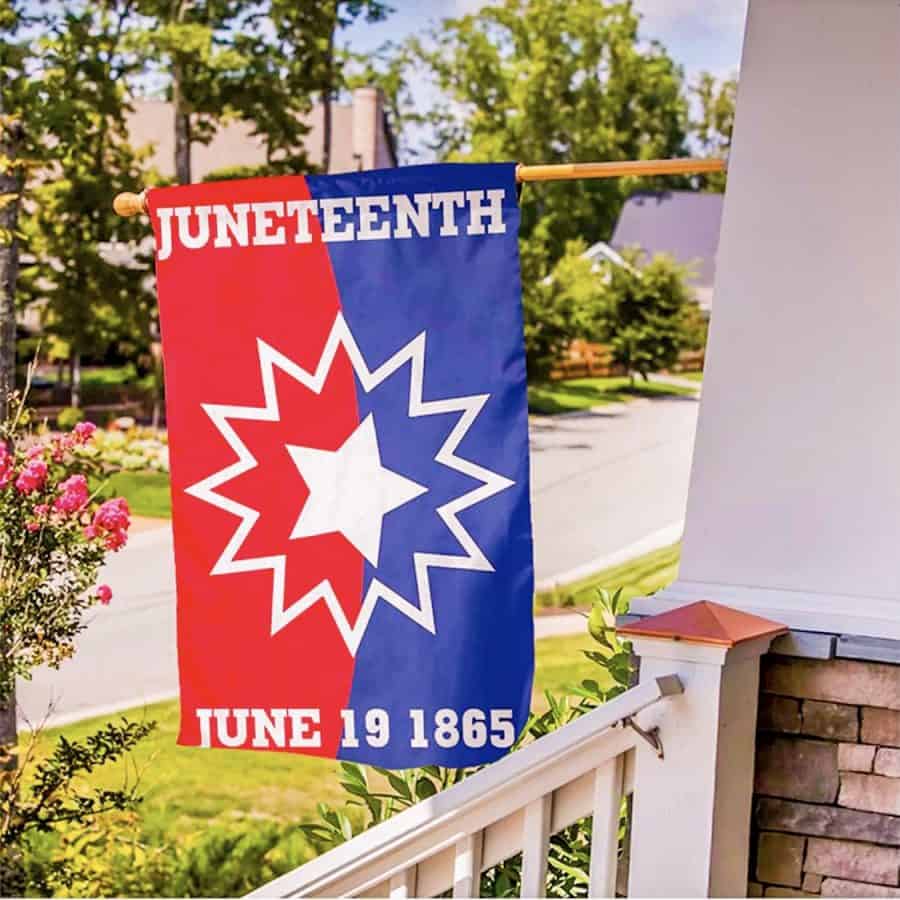 “Our legacy isn’t found in statues or history books. It lives on in the people who guard the gates of our culture.” —Stephen Satterfield

Is there a Juneteenth flag?

Yes, there is an official Juneteenth flag rich with symbolism.

“The design of the Juneteenth flag depicts a bursting new star on the horizon. The star represents a new freedom, a new people, a new star.”

What are the colors of Juneteenth?

The red, white, and blue colors communicate that enslaved African Americans and their descendants are all Americans.

“We nourished a nation through our cooking and baked our traditions in the cuisines that would define America.” —Stephen Satterfield 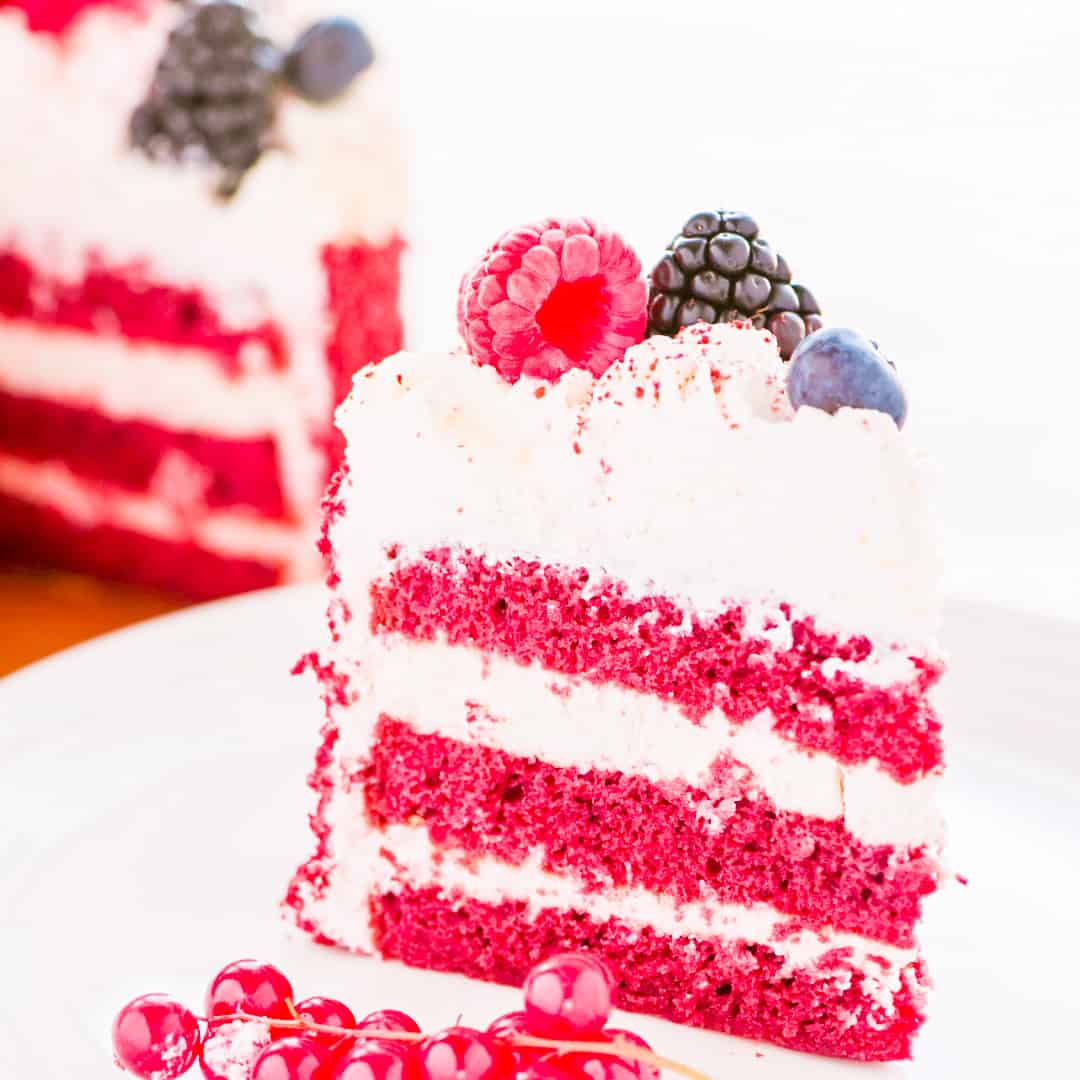 How do you honor Juneteenth and what do people eat to celebrate?

I’m sharing High On The Hog and Juneteenth-inspired food and recipes to help you create a menu with cultural relevance for your family and friends.

We honor Juneteenth by never forgetting the strength and resilience of Black people and Black excellence. And for this reason, we celebrate.

We celebrate Juneteenth and our African-American history with our food.

In the words of  Toni Tipton-Martin “I am using my platform to draw attention to Black excellence.”

Black Folks Southern Shrimp And Grits Recipe
The secret ingredient to Black folks shrimp and grits is the Southern Creole sauce! Typical to soul food and Black folks cooking, the seasonings make each recipe like none other. It's all about the spices and the special sauce.
Check out this recipe! 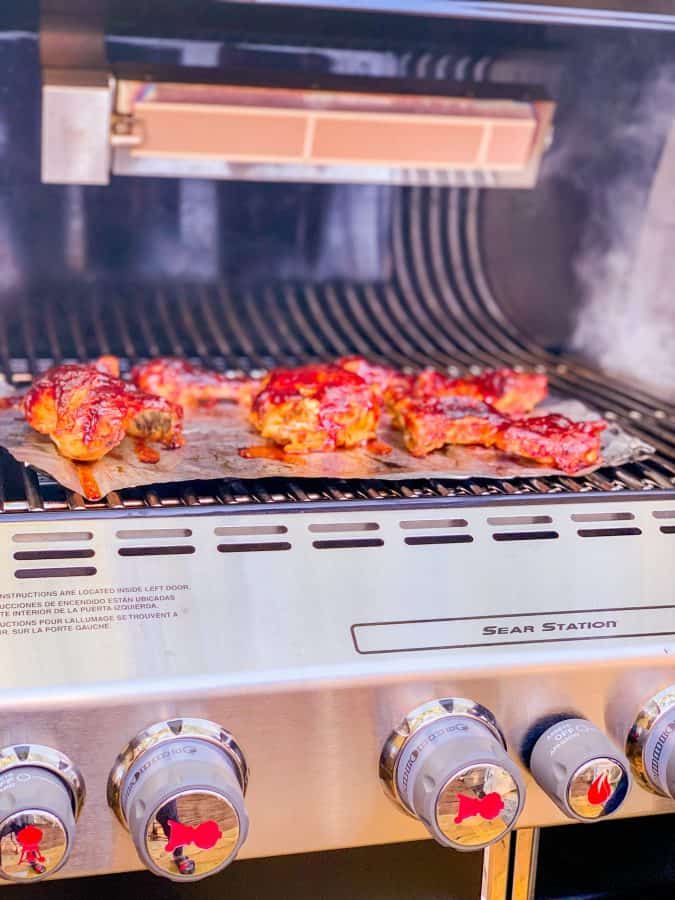 “The entire passion that I have about this is to use food as a tool to elevate the conversation about what it means to be African-American and to cook African-American food… It’s a celebration. We’re celebrating our food!” —Toni Tipton-Martin

What do Black folks eat to celebrate Juneteenth?

What Black folks food can you make for Juneteenth?

Below are a few of the best recipes for a Juneteenth celebration.

Remember to honor each recipe by sharing its soul food history.

Black Folks Instant Pot Smoked Turkey Legs
Thanksgiving doesn't have to be complicated or expensive. Black folks Instant Pot turkey legs are an easy alternative to a whole turkey. A welcome addition to your Southern soul food Thanksgiving menu!
Check out this recipe!

No Mayo Coleslaw Recipe
How do you make healthy coleslaw from scratch without mayo?Easy, with the help of one of my favorite heart-centric ingredients - olive oil!While there’s no keto, vegan or vegetarian need to swap lettuce for cabbage (more thoughts on that idea in this post), you can choose this low-fat coleslaw recipe with olive oil instead of mayonnaise in your slaw mix.
Check out this recipe!

Black Folks Southern Sweet Tea
Southern sweet tea is a delicious blend of refreshingly sweet and tangy flavors. (Mostly sweet flavors when it comes to making Black folks Southern sweet tea!)But sweet ice tea is more than just a thirst-quenching beverage – it's a symbol of Southern hospitality and good company, and it's enjoyed throughout the deep South all year."All that sweet tea and cobbler!"
Check out this recipe!

Watermelon Dole Whip Float - The Soul Food Pot
Dole Whip is a best-kept secret in the fruit dessert world! Find it at Disney Parks. Dole Whip recipe - how to make this frozen treat at home!
Check out this recipe! 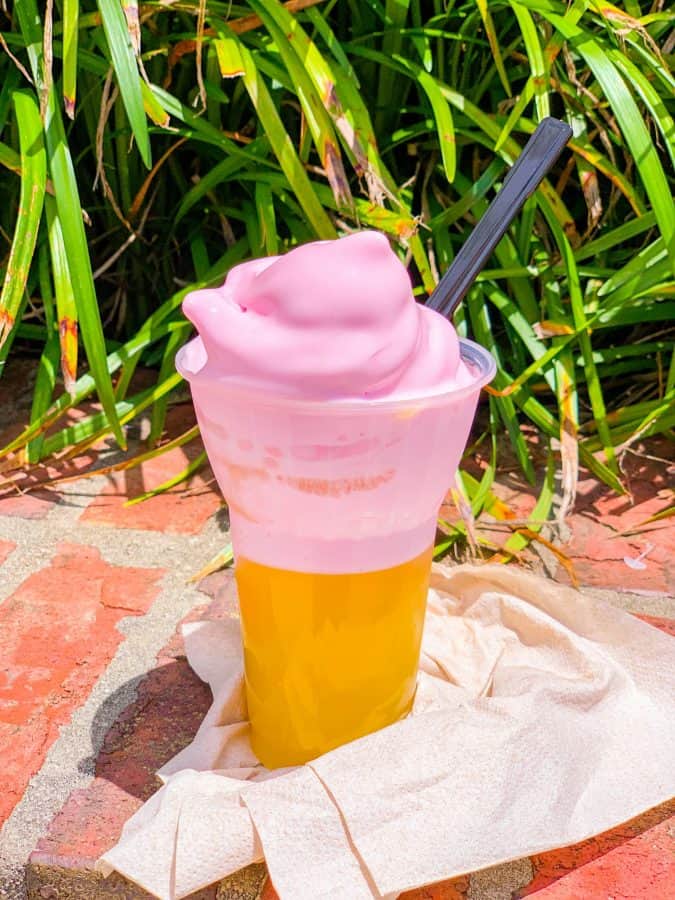 What do you think of these Juneteenth recipes? 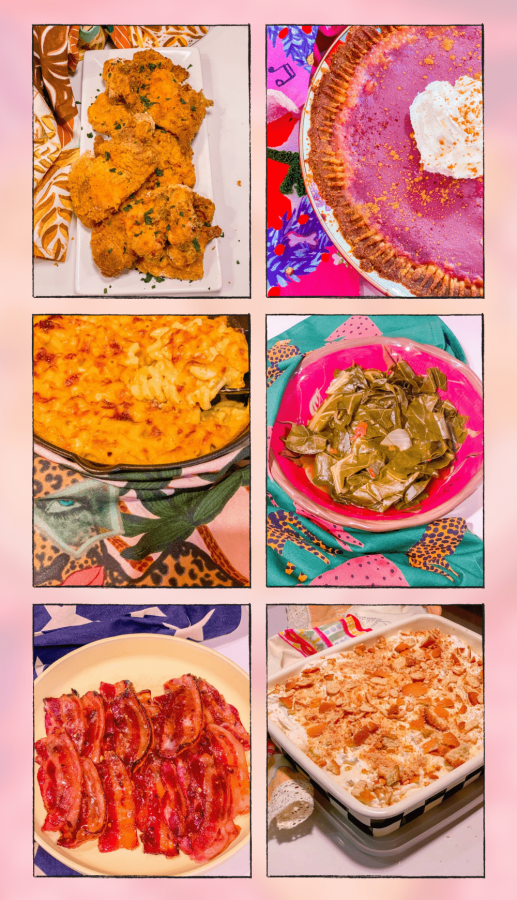 This post was syndicated on Thrive Global on June 18, 2021 – This Juneteenth We Celebrate Black Excellence 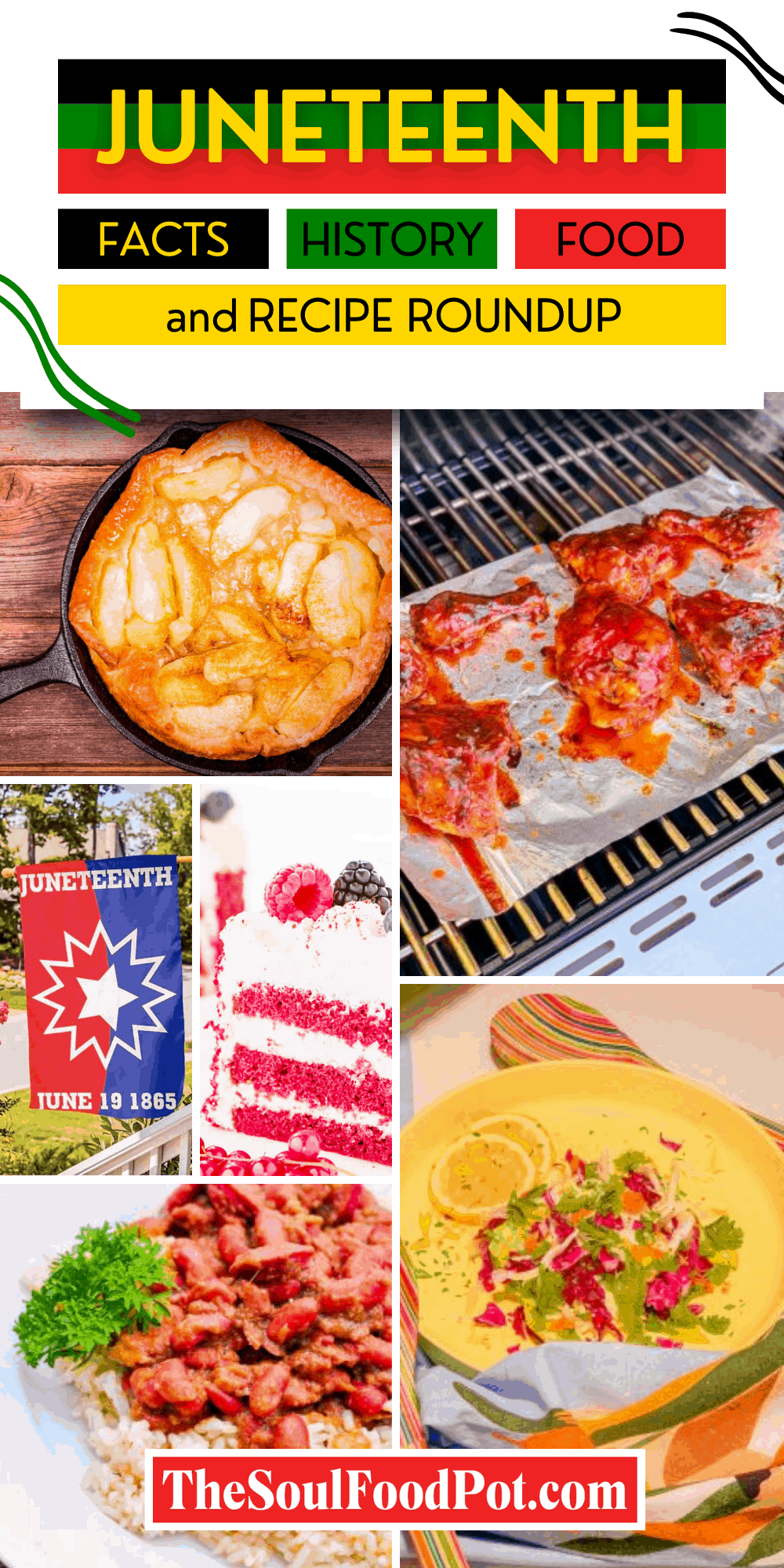 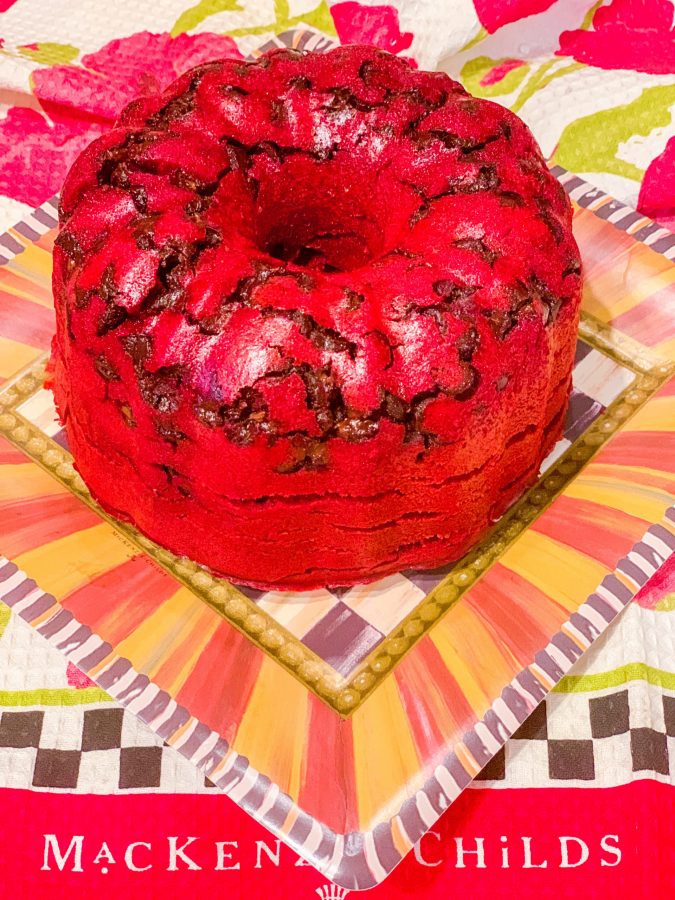 Instructions for the cream cheese frosting